— Hello Hardrock. This is Lala. Thanks for doing an interview with us.

What do you expect from playing at Sweden Rock Festival and what can the fans expect from you?

— Everyone of us is getting excited to perform at Sweden Rock Festival, since it’s one of the biggest festivals in Europe. We will for sure give all our best as usual during live shows. It will be a great experience for all of us and an honor to be a part of this big festival. We are hoping to gain more listeners for our music.

What’s it like being in a metal band in Switzerland; how are the metal scene etc.?

— Switzerland have big metal scene which is alive and well. The only difference is that we are a small country and some people are sometimes separated. For example, I don’t know much people when I’m attending the hardcore scene. I just know some of them, who also supports every genre of metal here. As of the metal scene, you can see the same people attending the concerts. It’s also good because it means that they are devoting themselves to the type of music they love.

Do you write Burning Witches song in a ”special way” and can you please tell us about the songwriting process and what you like to write lyrics about?

— Seraina is the one who always write the lyrics since the beginning of the band. The lyrics are based on opinions, points of view and sometimes of experience.

— Romana is the one who makes all the riffs and melody of the songs, and that’s also since the beginning of the band. These multi talented ladies have a great tandem once they sit down in the bandroom and start to make a song. Once they have an idea, we will bring on the drum tracks and experiment what is the best for the song. Then last touch is the additional melodies, riffs and backing vocals.

Why did you choose to cover Jawbreaker (Judas Priest) and Holy Diver (Dio)?

— We love Judas Priest and we like the song Jawbreaker, because it’s one of their classic. Covering it is like paying respect to one of our idols in metal aside from Iron Maiden.

— Holy Diver is the first song we jammed together as a band and we’ve played it at least 100 times during live shows. Such a beautiful song and people love it because it’s one of the best anthems in the metal scene.

What’s it like working with Schmier (Destruction) as a co-producer and how did you ”catch” him?

— Schmier is also our manager and a long time friend of Romana and Damir (husband of Romana, co-producer and the new second guitarist of Destruction). Schmier is a great guy and help us a lot in many things for Burning Witches. He is like a father, brother, mentor or a friend together with the help of Damir. We are very fortunate having these two great guys with us. They know many things in the metal industry and they are with us since day one, and continue to help us until now in so many ways.

How did you get The Iron Maidens guitarist Courtney Cox to do a guest solo on Hexenhammer?

— Courtney is a long time friend of Romana and a very talented guitarist as everybody knows. We believed in her amazing talent to be a guest guitarist in one of our songs on the album Hexenhammer, and she did a beautiful solo in the song Maiden Of Steel. 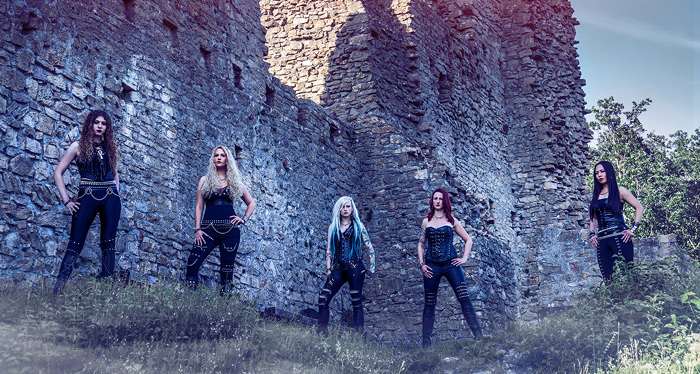 Are there any bands that inspire you and if so in what way?

— It really inspires us what Iron Maiden and Judas Priest are doing until now. They maintain their musical identity and are still fighting for metal. For sure we are not the only ones who got inspired by these two giant bands – most of us are. They contributed a lot to the metal scene and made it grew at it’s finest.

—- We also listen to many different types of music, from jazz to extreme metal. Music is the best therapy that contributed and shaped us to what we are now, regardless of being a musician or a listener.

Do you have any Swedish favorite bands?

— Sweden is known for so many great bands. Some of our favorites are Grave, Luciferion, At The Gates, In Flames, The Haunted, Unleashed, Entombed, Europe and so on, ha ha.

How does it feel to be a part of the Nuclear Blast family?

— Feels great being a part of Nuclear Blast. They are treating us well and we help each other like in a real family. We are so thankful for them, for believing in us not only as an all female band but a band who can deliver good music.

Do you have something to say to your fans in Sweden?

— We want to thank them for their support and appreciation for our music, and we’re also looking forward to see their happy faces during our show at Sweden Rock Festival. Be sure that they can catch us, because i think we will play early, ha ha.

— Again, thank you very much and more power to Hardrock. 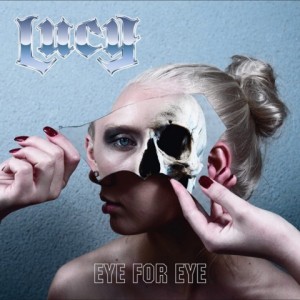